£10bn incentive scheme has no impact on premature death

A study conducted at the Health eResearch Centre found that there was no link between a £10 billion pay-for-performance incentive scheme aimed at GP’s and a reduction in premature deaths. 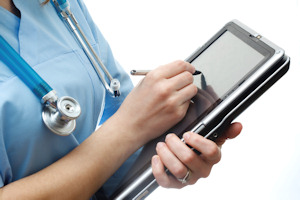 The Quality and Outcomes Framework (QOF), was first introduced in 2004 and links up to 25% of a GP’s income to their performance in over 100 quality indicators.

Many of these indicators cover the most common diseases including heart disease, diabetes and cancer and are in place to ensure that the proper preventative care is delivered to patients.

The researchers combined anonymous information from the Office of National Statistics and the Health and Social Care Information Centre and were able to cover almost the entire population of England including 99% of patients registered with a GP surgery.  They analysed data from 2007 to 2012.

The team, led by Dr Evan Kontopantelis applied a complex data-analysis method that was able to focus-in on the available information and analyse the relationship between specific GP surgeries and the local populations they serve.

Dr Kontopantelis is based at the University’s £18 million Health eResearch Centre which is funded by an MRC-led consortium of universities across the North of England. He said: “While we accept that there may be longer term benefits of the scheme which we cannot yet measure it appears that the Quality and Outcomes Framework has failed to reduce mortality rates since 2007.  This suggests that it has fallen far short of previous estimates of success.

Dr Kontopantelis added:  “If this incentive scheme and others like it around the world are to continue, more attention needs to be paid to ensure that the performance indicators are more closely aligned to evidence for mortality reduction.”

The study, ‘Investigating the relationship between quality of primary care and premature mortality in England: a spatial whole population study,’ appeared in the British Medical Journal.