It was standing room only as six data scientists took to the stage to deliver their research in an amusing or unusual way. The rules? You have 8 minutes to entertain, that’s it. Welcome to the science slam. 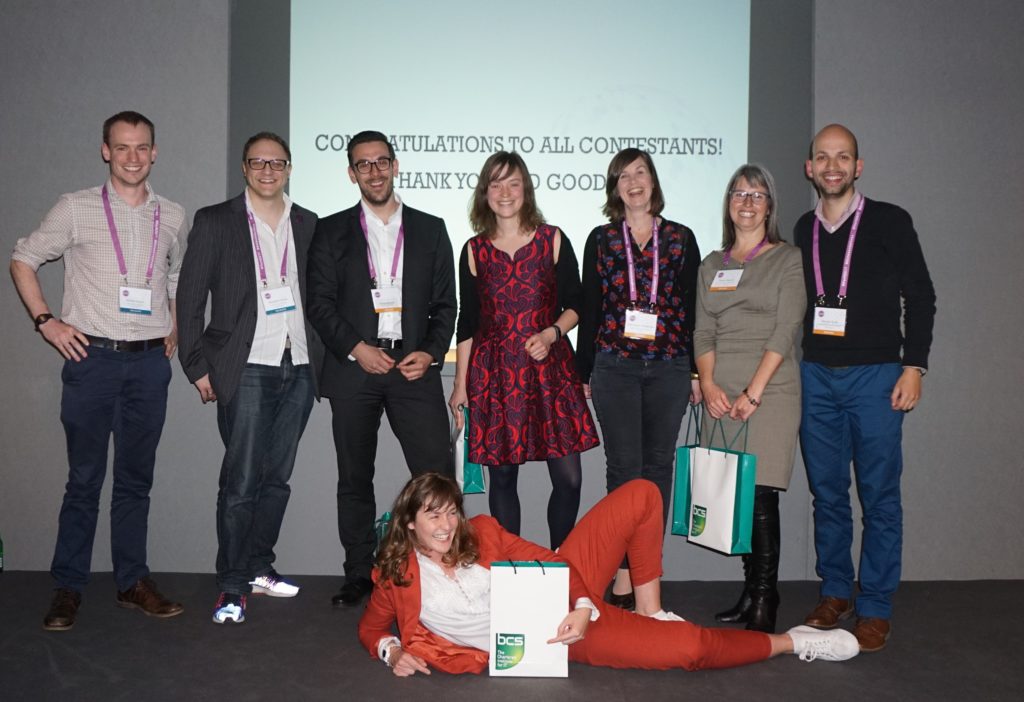 Organised as part of The University of Manchester’s Informatics for Health conference, an international audience of over 250 were treated to a variety of interactive performances from six imaginative researchers.

First up, Gaby Wildenbos from the University of Amsterdam. The laughs came thick and fast in her comparison between David Beckham and Adult Patient Portal Usage. With the conference held in Manchester, it was inevitable that football would crop up in some shape or form. Up next was Anna Beukenhorst from The University of Manchester who transformed Barbie into a data scientist (the sexiest job of the 21st century according the Harvard Business Review!).

The audience were then treated to an ensemble of poetry from haikus to limericks with an epic thrown in for good measure from Maxine Mackintosh; a PhD researcher from University College London. There was some impressive art work in Alison Paprica’s ‘That was surprising!’ which looked at the reactions of focus group members in a public engagement study in Ontario, Canada.

Chris Gibbons (University of Cambridge) offered a novel instalment to the Star Wars franchise with ‘Data Wars: Big Data Strikes Back’ with some theatrics to top it off with his untimely demise at the end of the performance at the hands of the Galactic Emperor. To top it off Ben Green (The University of Manchester) exposed the diehard Pokémon Go fans in the room (of which there were 4) as he showed us the complexities of creating games that will stand the test of time.

While all six researchers put on a great show this was in fact a competition and a winner had to be chosen.

The prizes for the Science Slam were generously provided by BCS Health who donated 400 GBP to the winner, 200 GBP to second place, and 100 GBP to third.

Typical of any self-respecting Informatics conference; voting was carried out through an app and it was the role of early career researchers Will Hulme and Wouter Gude to reveal the results.

In 3rd Gaby Wildenbos with ‘David Beckham: Real or Legend? Explaining older adults’ patient portal usage’. Anna Beukenhost took 2nd with her re imagining of Barbie as a Data Scientist in ‘Why Everybody Should Become a Data Scientist’.

But 1st was awarded to Maxine Mackintosh for her incredible 8 minute poetic performance; ‘Rhythm, Rhyme, Research’.

We’d like to congratulate all the contestants for their efforts and for putting on a great show, it was most definitely a conference highlight.

To take a look at all the performances follow the links above or visit the Connected Health Cities Vimeo here.