The Health eResearch Centre's Green Impact team had a busy December, spreading cheer throughout Manchester with their ‘Merry Month’ activities. The team organised a variety of events and appeals to encourage members of HeRC to contribute to good causes over the festive season. 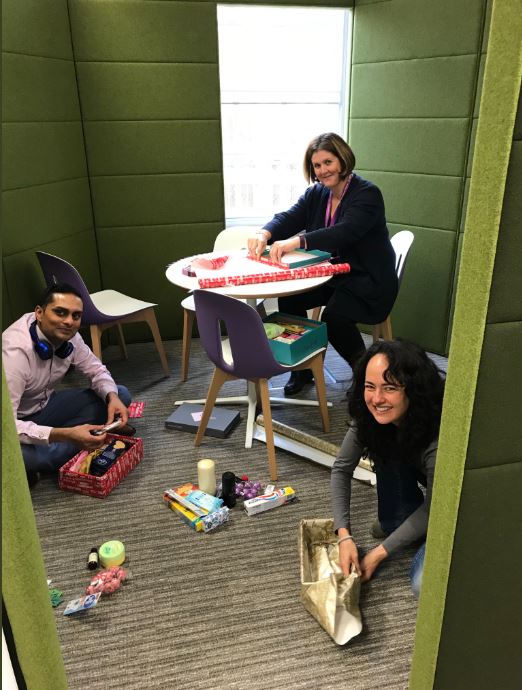 The season began with the Manchester Shoebox Appeal, which encouraged members of HeRC to put together festive packages for those in need, including children, young care leavers, vulnerable elderly people and dogs in shelters. The appeal was a success: together, HeRC managed to put together 28 shoeboxes and tote bags in total, filled with gifts and essentials for those who needed them most in what can be a difficult season.

After the shoebox appeal, the Green Impact team set up an advent calendar with a difference. Instead of receiving a gift every morning in the run-up to Christmas, the Reverse Advent Calendar involved giving instead. The Reverse Advent Calendar ran for three weeks, asking for different types of food and toiletries each week to donate to Manchester Foodbank. Members of HeRC gave as enthusiastically as they took their daily advent chocolate – luckily the foodbank drop-off point was nearby, as Green Impact volunteers ended up lugging several heavy bags across the road!

The grand finale of Merry Month was a Christmas jumper competition and bake sale. Jumpers were judged in various categories, including ‘touchability’, left-field weirdness and overall commitment to the Christmas cause. Although there were only three winners, whose jumpers had all the bells and whistles – well, they had flashing lights, penguin pockets and, er, a festive Snoop Dogg at least – there was a fantastic woolly turn-out.

Alongside the jumper competition was a spread of bakes that would have put Paul Hollywood to shame. Faced with a choice of buns, cookies and cakes, members of HeRC were more than happy to contribute, and together they raised over £200. 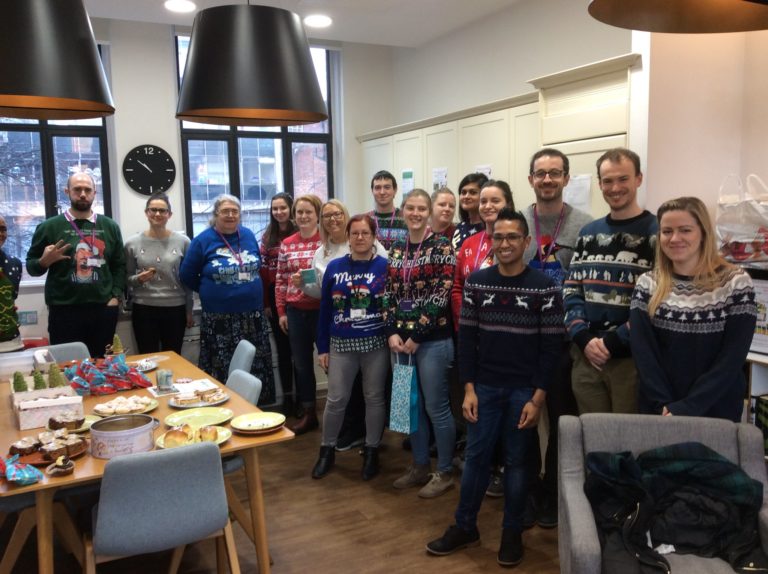 Overall, the Green Impact team’s Merry Month was a huge success and we hope it contributed to making Christmas a little bit merrier for those in need.